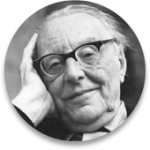 Orff Approach was developed by a German composer Carl Orff who showed strong interest in music even in his young age. He had natural sense and creativity in the art of drama and dance. The talent enabled him to compose music of innovative styles. Orff believed in the teaching approach of ‘learning from own experience’, and thus he combined local cultural features and qualities with poem, linguistic rhythm, musical pattern, singing, dance and musical instruments to compose impromptu music. This approach will enable children to have practical experience and deep feeling in the process of music learning.

Orff Music has been known for its simplicity and originality. The music is rich in sounds and combination of all kinds of musical instruments. With natural teaching approach, Orff music education aims at:

‘Exploration’ and ‘Experience’ are the key elements of Orff Teaching Approach. The two elements activate learners’ imagination and creativity, bring them into the delight of music, and open up their potential in musicality. As a result, accumulating learners’ musical experience is the ultimate goal of all.